Home/Blog/Edward is in College Because of YOU!

Edward is in College Because of YOU!

Edward‘s life was plagued with abuse. Both of Edward’s parents died when he was young, leaving him as an orphan. After the death of his parents, he began staying with relatives. It was only a short period of time before they started telling Edward they did not want him living there anymore. Every night he cried himself to sleep as he fought the pain of hunger. Wherever he turned, there were beatings and rejection. His childhood was spent looking for shelter and food.

Edward heard about African Vision of Hope from a friend. Determined to help Edward, his friend’s mom called a teacher at African Vision of Hope. This teacher helped him enroll in school and he received a new uniform. After Edward’s relatives learned he was in school, they stopped supporting him completely, leaving him orphaned once again, and without a place to live. 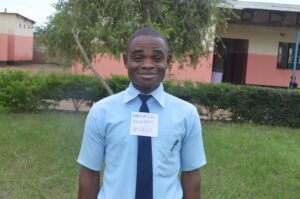 Utterly heartbroken, Edward began to walk the streets, looking for anyone to help him. After hearing about his home life, African Vision of Hope rescued Edward from the streets and moved him into a rescue home. In his new home, Edward gained a new bed and a big family who loved him. Edward regained his strength and was able to continue in school.

African Vision of Hope also ensured Edward received proper medical care, resulting in Edward receiving hearing aids for a hearing loss from an illness that struck him when he was only two years old. Edward completed high school in 2020 and is now in college studying to be a nurse.  “African Vision of Hope has made me know the purpose that the almighty God has on me, I am now doing my degree at Eden University.” 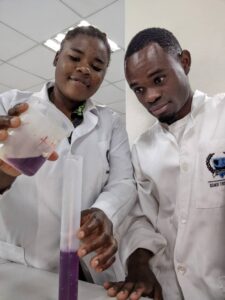 Without you Edward would have never had the opportunity to fulfill the purpose God has for his life. Likewise, 62 other students received college scholarships through African Vision of Hope in 2022. This is just a fraction of the transformed lives through African Vision of Hope. The Godly leaders you are raising up are changing the country of Zambia.