When Rosemary’s father began showing signs of mental illness four years ago, it was confusing and upsetting. As an 11-year-old, his behavior didn’t make sense to her. Seeing him not acting like the father she knew was unsettling and scary.

In Zambia, there are few mental health services; for those living in poverty, they are non-existent.  In addition, stigma, misinformation and discrimination around mental health is pervasive. Rosemary’s family members and neighbors were not understanding or supportive during her father’s decline. 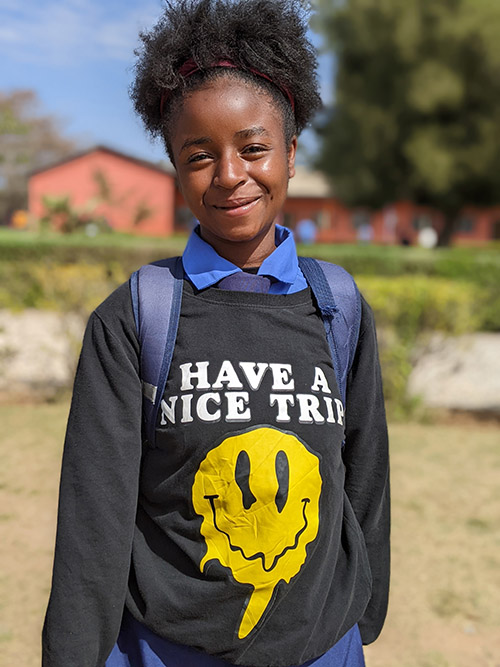 Her father could not work or provide for the family. Eventually, her mother had enough and left Rosemary and her father alone in their small home in Lusaka. Young Rosemary took on the responsibility as her father’s caregiver without extended family members’ help. Although a brilliant student, Rosemary was forced to stop school and stay home with him full time.

“I was looking after my father because the whole family neglected us. But I never lost hope or focus because I put everything in God’s hands,” reflects Rosemary.

Each day, Rosemary would take her father to church to pray. However, as time passed her father’s condition continued to decline. He eventually became so unstable Rosemary’s grandmother stepped in with the only solution she had access to: a witch doctor.

Rosemary’s grandmother took her father to a small village outside of Lusaka for treatment by the witch doctor and left Rosemary to run her small business. At 11, Rosemary was charged with running the vegetable stand and caring for the younger grandchildren in her grandmother’s home. This included going to the market in the early hours of the mornings, purchasing a few tomatoes and greens to resell near the home. Throughout the day, Rosemary would work the vegetable stand. The little money earned was used to support everyone living with her grandmother. In the evenings, Rosemary was the caregiver and mother to her younger cousins.

Reports of her father’s progress were not good. His condition continued to deteriorate. This was heartbreaking news for Rosemary. Her love for her father was so strong, and the knowledge of his tormented state was painful for her.

Amid her days filled with adult responsibilities and feeling powerless to save her father, Rosemary felt hope slipping away.

“I knelt to pray and cry to the Lord because I was young and did not understand what was happening in my life. I continued praying, and that is how God restored my strength,” shared Rosemary.

After two years of continuing decline, Rosemary’s grandmother decided to bring her father back to Lusaka. Family members told Rosemary to prepare herself for the loss of her father, but she refused to give up hope. Rosemary never stopped praying.

One day, Rosemary caught a glimmer of the father she once knew. As weeks passed, his behavior slowly showed signs of balance, and his condition improved.

“God heard me. He gave my father a second chance. This was the biggest miracle so far in my life,” shared Rosemary emotionally.

With her father returning to normal and her life stabilizing, Rosemary had the freedom to be a child again. However, she did not have the resources to pay for school fees in order to return to school. 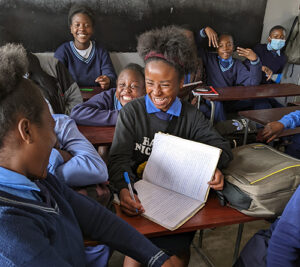 The members of Rosemary’s church saw the great faith and strength she possessed. They noticed her potential and began looking for opportunities to help her return to school. One of them took her to African Vision of Hope and was able to enroll her in grade 8.

“I love this school because it allows me to get an education. My favorite subjects are Mathematics, Information Communication, English, and Business Studies,” Rosemary said.

Rosemary is thriving in school and is a top student in her class. While she never lost hope for her father, she now has hope for her future through your giving.

Rosemary is always ready to give her testimony to inspire others and share God’s faithfulness.

“Always be prepared to give an answer to everyone who asks you to give the reason for the hope that you have.” 1 Peter 3:15